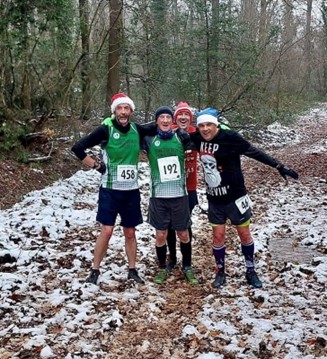 The cost of living crisis is impacting on everyone. The danger as ever is that working people are divided, partly down to Government policy that talks about supporting ‘the deserving’ poor and this by default creates the idea of an ‘undeserving’ poor. There is also a strange idea propagated by some in government that the nation needs to keep rewarding the wealthier members of our society in order to drive overall productivity, but then leaves much of the working population just having to struggle on through. The United Kingdom has continued to struggle economically and surely this must be due to the leadership from our politicians and those business leaders who continue to see their own incomes rise but who neglect the wellbeing of their workforces.  Britain’s productivity crisis in eight charts | Financial Times (ft.com)

The Government are telling people that if they give in to working people’s demands for fair pay, helping them cope with double-digit inflation, then this will cost taxpayers thousands of pounds. This ignores the billions of pounds already lost by Liz Truss and her catastrophic budget. It ignores a Government that appears willing to tax those who continue to pay their fair amount, but who will not bring in a sufficient levy on big business, particularly energy companies.  It ignores a Government clearly unwilling to pursue the fraudulent actions of their political friends, who exploited the Covid pandemic with useless personal protective equipment. Call for wealth tax as UK billionaire numbers up by 20% since pandemic | The super-rich | The Guardian

With a lifetime working in the field of supporting those with substance use issues, I can say with confidence that the call from our health colleagues for a wage that matches the increased cost-of-living is surely justified. Who can really argue that nurses and paramedics should not get financial support after all the help they gave us during the depths of the pandemic. Many of us publicly applauded their efforts recently; now it is time to recognise them financially. And of course, what about transport? Surely as we try and wean ourselves off the car, safe public transport is vital and that needs to be at a reasonable cost. The Government needs to be subsidising public transport and ensuring we have the best quality staff possible.

The division of the workforce is a big problem, however.  The dominance of Public Sector Unions draws blanket media attention and means that those of us in the third sector are forgotten. More worryingly it is often the Public Sector that determines the pay received in the third sector and it can happily act on the Governments wishes to suppress pay by ignoring the pressures in the third sector. In Wales, where we have a government closer to people, we are not seeing the leadership I would expect to address this division. It is within the Government’s power to advocate for our sector and to put pressure on funders to ensure our workers are paid a fair wage for their work. The tragic situation is that there is more money available to help address issues around substance use, but instead of making sure this is used primarily for the support of workers who are at the heart of our services, there is a repetition of the failed mantra that for more money they want more activity.

So once more we move to the concept of productivity. We continue to have this idea that to maintain the real value of someone’s salary we can get them to perform more. This is a failed model and it is good to actually look at the evidence to Improve Productivity In The Workplace In 10 Best Ways (educba.com)

The divisions are the root of so many of our problems and also extend into the heart of the public and third sectors.  We speak of a ‘no wrong door’ policy, and an approach that puts service users at the heart of everything we do.  However, if pay and conditions differ between third sector providers, and between the third sector and the publicly owned NHS, we then create artificial internal competition for pots of funding, and for the scarce skilled resources of our amazing staff.  Instead, we should be wholly and solely focussed on delivering seamless and transformative services to our shared service users. 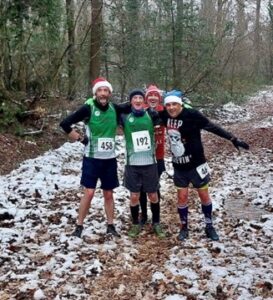 For 2023 I hope that the wider group of stakeholders in the substance use field, whichever sector they belong to, can focus on compassion rather than competition.  Only through parity and fairness can we face the challenges of the cost-of-living crisis together, for the wellbeing of our staff, and the benefit of our service users. To get through this cost-of-living crisis, and to boost productivity, we have to move to an era where we create a sense of teamwork. It is vital that through our actions we can foster a belief and trust in each other across sectors and across businesses; the focus has to be on doing a great job and celebrating the successes we share together.  This in turn will boost morale, making us more productive and enriching us all. This starts with a fundamental need for something better than the two-party politics currently available and a move toward political leaders seeking what is best for people not themselves or their party funders.