“Losing the routine of my working life certainly had a big impact on my drinking ...With no financial worries I had the means to drink."

Growing up in the Valleys with a love of rugby, Adam had always enjoyed a drink. With age however, his drinking escalated. Despite having a long and successful career in the Civil Service, Adam regularly drank a bottle of spirits a day in the decade before his retirement.

“I drank far too much, and it might be hard to believe, but I was still very high functioning. I was married with three children. Two of my boys were in school but the youngest needed childcare, and so I decided to take six months off and look after them. However when I accepted voluntary early retirement, I started to drink even more. Losing the routine of my working life certainly had a big impact on my drinking though I’ve never been a violent drunk, I was always a happy drunk.”

Over the next year, Adam doubled his intake from one to two bottles of spirits a day.

“With no financial worries I had the means to drink, we were very secure in that regard. Add on another year and I was drinking three bottles of vodka a day. Yet still, for large parts of the day at least, I was coherent and functioning. I still wasn’t suffering physically. Of course if I didn’t have a drink in the morning I would shake uncontrollably, but I still felt in control of my senses.

Knowing the pressure I was putting my family under, I decided to give up for the first time, and without any real support. I did okay for about two months and had managed to cut down significantly. But when I tried to give up completely, I suffered a seizure and was admitted to hospital. It all happened in front of my wife and my boys, it was awful. That was when my wife and I decided it was time that I moved out, and so I moved back to my fathers in Bargoed, and started drinking even more again. My dad wasn’t a drinker, and he just couldn’t understand any of it. It is very hard for a person who hasn’t been there to understand.”

Following the separation Adam reconnected with an old girlfriend who was determined to help him beat the drink. After two years Adam had managed several periods of abstinence with Michelle’s* help, but these spells were often followed by a binge.

“I’d go and I’d drink myself into oblivion for four weeks. The binges could be triggered by just about anything, it was like my mind was almost looking for excuses to drink. When I started reducing my intake again Michelle put me in touch with GDAS who were phenomenally supportive. I would never have given up without Michelle’s fortitude. Believe me when I say she’s a saint.

I met with my counsellor and he was just fantastic. I believe he had lived experience which made all the difference when taking my first steps into the service. For two years I’d been trying desperately to give up, but it was the first time I encountered someone who truly knew where I was coming from. When you’ve been there you can understand the darker side, the lies, and the dependency. For the first time I felt compelled to continue on that road.

I continued meeting with my counsellor for about a year, and there were sporadic periods where I stopped completely. But in that time I’d changed in as much as I wanted to give up in my heart, but physically and mentally, I wasn’t quite there just yet.

After two years in Newport, Adam became more serious about getting sober. He began to engage with GDAS weekly and was offered family support for Michelle. A support Adam believes has been critical in his recovery.

“The service was fantastic in meeting Michelle’s needs. It’s a challenging path to tread, and without that continued advice and guidance, she might have lost her strength.

At this point I was referred to the clinical team and we discussed me going on Antabuse, which was an excellent measure. Whereas before I could sneak a little, with the Antabuse I couldn’t. I was prescribed it for a year and it truly stiffened my resolve.

I still have the cravings, but I know how to cope with them now. I write, I paint…I used to go on French holidays twice a year with my two youngest sons, but my lads had only faint memories of it. So I decided to chronicle all our French holidays, using pictures and maps. Another project I’ve undertaken is to illustrate our family history. My late uncle was a hoarder, and he kept lots of documents that are putting a personal touch to the album, he was a prolific letter writer too.

As well as my hobbies, I am lucky to have many friends, great personal friends that I’ve made through football and rugby, and that I’ve kept throughout my life. That network also helps to maintain my recovery.

When I came off the Antabuse I was terrified, but I’ve been sober for three years. Christmas is always hard, especially as my dad passed away in September. Even something like writing Christmas cards can be triggering, as I’d always do that drunk. My brain still looks for a reason to drink, because for so much of my life I’ve been operating under the influence. But on hard days just knowing that GDAS is there if things do go wrong is a massive help.” 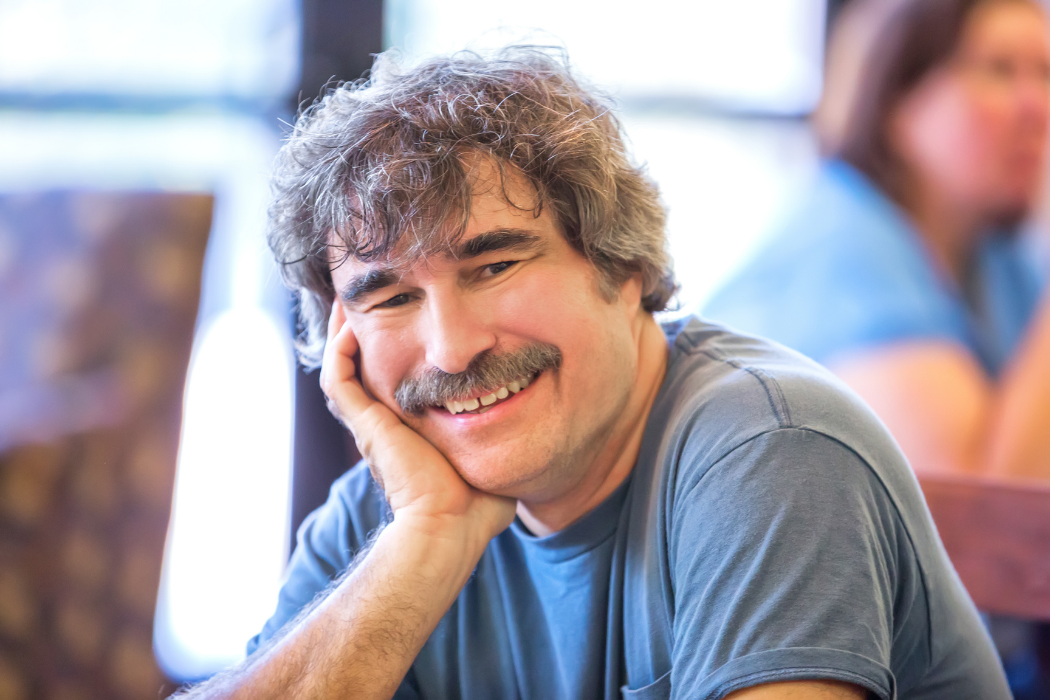