"I always thought having the lived experience I had that people would look down on me for jobs, but Kaleidoscope embraced it."

Five years ago Tony would wake up every day, take the short bus ride into Swansea city centre, and pick up a bag of heroin before going back to his flat.

The ritual had become his daily routine and “just seemed normal at the time”. Tony had been taking heroin for nearly 20 years, ever since first smoking it outside a rave as a teenager.

Today Tony works at the substance misuse and mental health peer at Kaleidoscope’s mentoring service Cyfle Cymru at The Voice Hub in Newport. But his path to becoming a peer support worker, which he credits with changing his life, has not been straightforward.

Less than five years ago, in January 2016, Tony began a three-and-a-half-year prison sentence at HMP Swansea.

It was the culmination of a journey which started with an unsettled childhood in which Tony frequently moved around with his sister and their mother as they struggled to find a permanent home.

Growing up in Swansea, the family moved to a bed and breakfast in Taunton but Tony says it was a “disaster.”

“People were using drugs, fighting all the time, people with serious mental health issues. It just wasn’t a place for us so my mum moved us to Bristol and found work close by so we were doing okay.”

A young teen at the time, Tony started dabbling in drugs. It started with mushrooms and, although he had been given heroin once before at a warehouse rave, he was too young to know what it was. But as he started to meet more people in Bristol he began using the drug more frequently.

“With the boys I was meeting I started smoking weed more and drinking. I had tried heroin before but didn’t like it or get anything from it. With the older boys I started taking it but I still didn’t know because they were calling it ‘brown’. The word ‘heroin’ was never used.

“Before I knew it I was flat out on it. I was taking as much as I could get my hands on, two, three, four times a day. If we could get a hold of some money we’d all go on it. We’d buy a cheap bottle of cider and a bag of gear. It just seemed normal at the time.”

As time went on both Tony’s mum and colleagues at the scaffolders he worked with started to notice a change in him. One day after work his friends and family tried to intervene and sent him down to a caravan in Brean Sands to detox.

However he continued to use drugs once he returned to Bristol and his mother arranged for him to move back to Swansea.

There Tony stayed with his grandmother and tried to get off drugs. He says while his grandmother initially thought his withdrawal symptoms were due to a bad flu she “knew something else was up”.

“My nose was running, I was vomiting, sweating constantly, always hot and cold,” he explains. “It was horrible, the most uncomfortable experience of my life.”

After a few weeks staying off drugs Tony got a landscaping job and he said he thought he had “sorted it all out”.

“I thought it would be fine if I just left it alone because my mates weren’t doing it and stuff. I was having a drink with the boys on the weekend, playing a few games of pool, going fishing – normal stuff. I didn’t really understand the whole addiction thing at the time.”

Tony settled down with his partner at the time and the pair had a child. However their second child didn’t survive birth and he said the trauma had a huge effect on the couple.

“My partner had a massive mental breakdown and ended up in a psychiatric hospital. It ended up with just me and my son and I lost the plot.

“I used to drop him to nursery, go home and have my friend come around and we’d do heroin. I’d tidy the house up then, collect him, and go about the rest of my day as normal.I was hiding it from my partner and everyone else so no-one knew.”

When his partner got out of hospital they both began using drugs.

“It escalated for both of us and there was definitely a co-dependency there. I was disappointed because I thought I’d never go back to taking it once I stopped. It just shows how easily addiction can pull you back in.”

As Tony’s drug use continued he began suffering from psychosis and said his relationship became “quite toxic” due to their respective drug and mental health problems.

“Of everything that happened the hardest thing was telling my kids about their mum. I sat them down and had a big conversation with them and it broke them.

“I said: ‘Mum was ill and she’s passed away’. Because they were young I didn’t tell them how or anything like that. My son would have been about 13 and we’d since had a younger daughter who was five or six.

“They’re a lot older now so we’ve had the conversation and they understand a lot more about mental health, using drugs, and not being able to cope.”

Not sleeping and suffering from PTSD due to his partner’s suicide, Tony found new ways to fund his addiction – stealing from sheds, cars, or selling items from his house.

“I would take anything, whether it be pills, powders, drink – if I could get off my face on it I would. With medication, too, if I couldn’t get anything else I’d get more myself. There was no control.

It was those “chaotic” four years after his previous partner’s death that led him to end up in custody.

Tony was handed a prison term of three years and four months for robbery and was sent to Swansea Prison. Forced to go off drugs completely while inside, he said the initial withdrawal was a “nightmare”.

“I had achy legs, restless legs. It actually feels like the calf muscles are peeling off your bones, it’s painful.

“There’s stomach cramps, sweats, your sleep pattern goes out the window, and you’re on the toilet constantly. I wouldn’t wish it on anyone.

It was in the first few months in prison that he initially started volunteering with the prison’s education service, teaching other prisoners how to read and write.

But due to his past Tony said he didn’t think anyone would consider him for work due to his criminal record.

“Here I was in prison for three years and four months and I was thinking about a career. I always thought having the lived experience I had that people would look down on me for jobs but Kaleidoscope embraced it and how I can use it to help others, which is amazing.”

He underwent a mental health course and joined some volunteer groups. He was later moved to Prescoed Prison by which time he had already helped another prisoner to fully learn to read.

“Seeing him read his letters he’d been sent and how I’d helped him, I knew this was what I wanted to do. I wanted to change my life,” Tony says.

“Working with the Kaleidoscope Project massively helped me in my recovery. Seeing people coming through the door with all sorts of issues reminded me how lucky I was to be able to come off everything.

“All the service users here, and the staff, were so welcoming and made it feel like a big family. If I hadn’t gone to prison I would’ve probably ended up dead from an overdose or something. It sounds strange but in a way prison saved my life.” 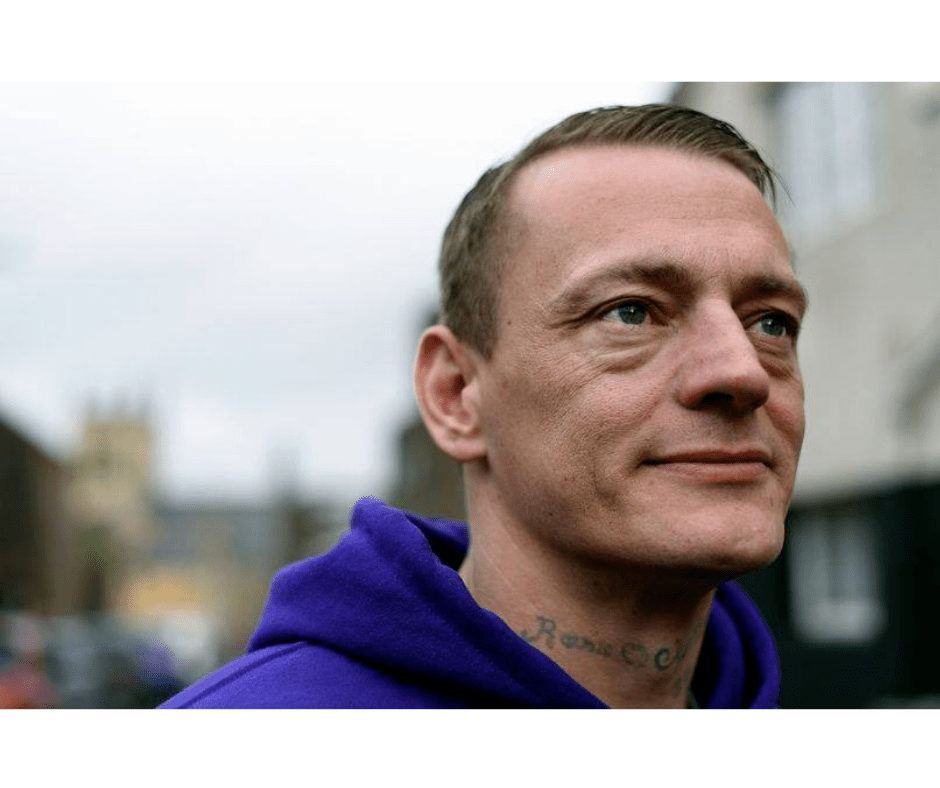 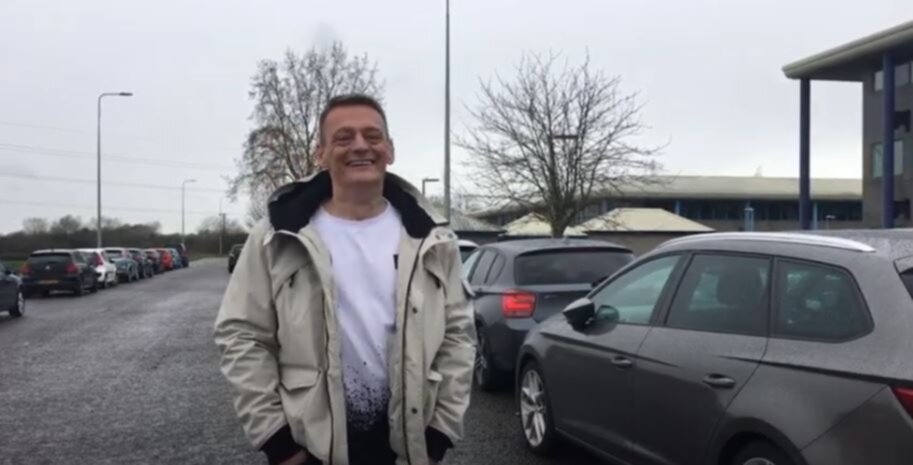