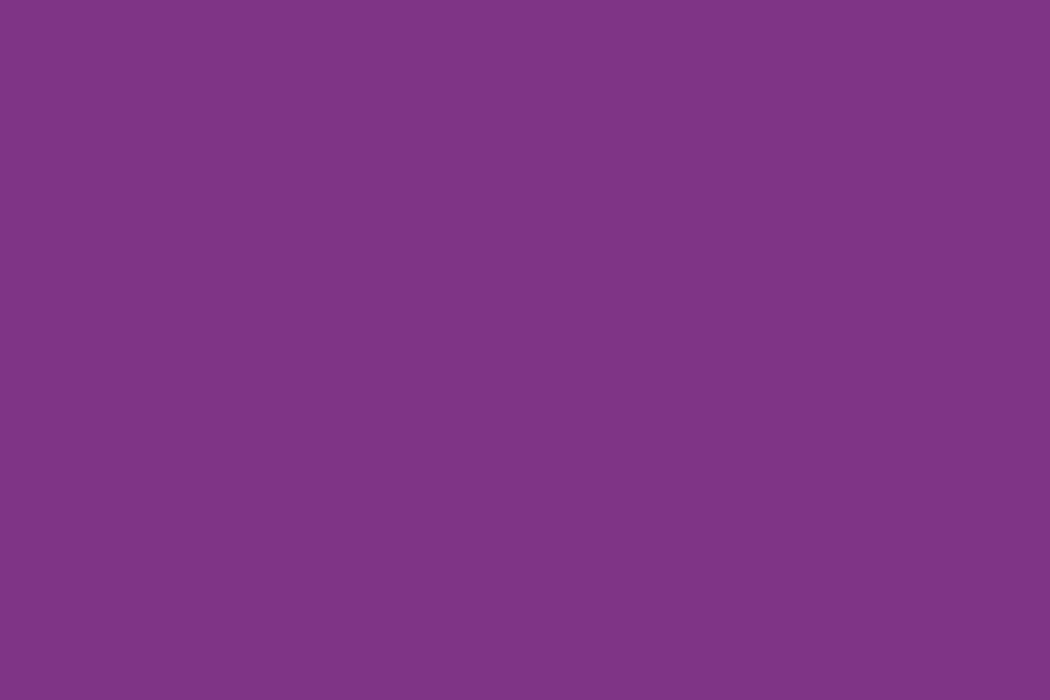 Danny was a psychiatrist for 30 years and spent some years in medical management. He finished his career as Director of Mental Health and Learning Disabilities in Gwent before establishing ABCi, an improvement and innovation hub in Aneurin Bevan University Health Board.

Alongside his role as Chair of Kaleidoscope, he is an associate at Practice Solutions and currently leads on supporting the Wales Mental Health and Wellbeing Forum.  The forum brings together people with lived experience of mental health issues to influence mental health policy and practice in Wales. 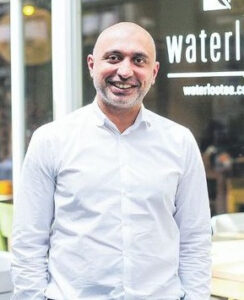 Throughout Kasim’s career in pharmacy he had a keen interest in patients who were prescribed medication for substance misuse, both in London and South Wales. During his tenure it was clear to him, after speaking with peers in social services, police and healthcare that the system needed to be adapted so that the best care and support could be delivered.

Kasim has maintained his interest in the substance use system since leaving pharmacy, and is keen to play his part in facilitating positive change in the sector. 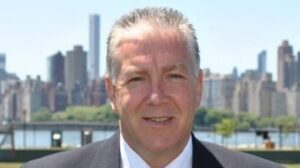 Prior to his retirement, Julian was Chief Superintendent at Gwent Police and Head of Neighbourhood and Partnerships. He was responsible for all territorial policing across the five unitary authorities of Blaenau Gwent, Caerphilly, Monmouthshire, Newport and Torfaen.

Appointed Police Commander of the Celtic Manor Resort during the NATO Summit in 2014 and involved in the policing of the European Summit in 2005 and the Ryder Cup in 2010.

Julian was the Chair of the Gwent Area Planning Board for Substance Misuse for 5 years and led the commissioning of the largest single service contract ever awarded in Wales in May 2015 for an integrated Adult Drugs and Alcohol Treatment Service.

For the last two years of service he was the strategic lead for Mental Health in Gwent Police highlighting the growing significance of this area both internally among staff and its impact on the delivery of policing services to the local community.

Alongside his work on Kaleidoscope’s  Board of Trustees, Julian is Chair of Governors for Crindau Primary School and a Community Governor at Bassaleg Comprehensive School. He is also the Chair of the City of Newport Swimming and Waterpolo Club. In his limited spare time he walks the fairways of local golf clubs proving Mark Twain was wrong. 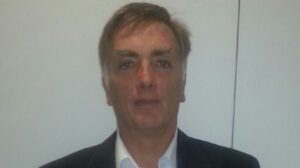 Stephen joined Kaleidoscope’s board following a managerial career in local government where he was responsible for community safety and environmental health.

During his career he became involved with substance misuse and saw first-hand how addiction damages communities and individuals. The opportunity to put something back into an organisation, with a committed workforce and first class record in improving lives, is a source of great pride to him. 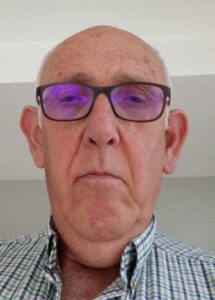 Jemery became involved with Kaleidoscope through our Housing Association in Kingston. His  professional career saw him involved in mental health, as a practitioner, service developer and latterly, as Chief Executive of Wandsworth Mind.

In the later part of his career, he was a senior lecturer in social work. It was in this role that he became involved in Kaleidoscope’s Housing Association.

Following his retirement he worked in life skills teaching, counselling and at a special needs school

He is committed to the development of services in the community, and challenging the widespread prejudice against those with mental health issues. Kaleidoscope is a committed advocate for this approach. 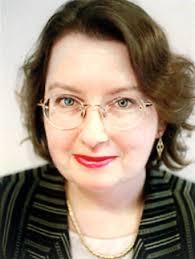 Catherine is a well-known contributor to Radio 4s ‘Thought for the Day’ and has had a distinguished career in journalism for her work with the Independent and editorial role at the Tablet.

Catherine was the Catholic’s first female editor and stayed in that role until the end of 2016. Catherine is the author of ‘The Keys and The Kingdom: The British and the Papacy’. Catherine has had a long relationship with Kaleidoscope, where she was a volunteer in our hostel some years ago. 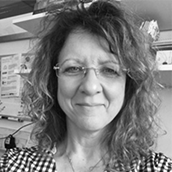 Annie trained in Medicine and qualified from the University of Wales College of Medicine before pursuing a career as a children’s doctor working in Cardiff and Bristol Children’s Hospitals. After 10 years working in various paediatric specialities, Annie changed course, gained a doctorate in the Genetics of Human Growth Hormone Deficiency, and since 2003, has been a Consultant in Medical Genetics for the All Wales Medical Genetics Service (now part of the Wales Genomics Partnership) where in addition to her general caseload,  she has led the All Wales Prenatal Genetics and the Sickle and Thalassaemia services, delivering speciality clinics in endocrine and psychiatric genetics .

Annie continues to work extensively with Wales and English Public Health Services to monitor, manage and deliver antenatal screening services which has included the recent roll out of non-invasive prenatal testing (NIPT) across Wales.

In addition to her clinical interests, Annie has taken up a variety of leadership roles in the Cardiff and Vale University Health Board which have included Clinical Director of the All Wales Medical Genetics Service (2003-2013) and Director of the UHB Cancer Services (2010-2013) during which time Annie gained an MSc in Clinical Leadership from Warwick University. Annie has also served as a trustee of Tenovus Cancer Care (2015-2019).

Currently Annie combines her consultant post in the All Wales Genomics Service with her role as Clinical Board Director of Mental Health Services for Cardiff and the Vale University Health Board. Annie is a passionate advocate of ‘person centred’ service delivery and choice in care; she also firmly believes that well supported, properly trained, highly motivated staff are key to the continuous improvement that is required to deliver high quality, evidence based services. 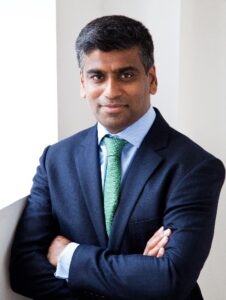 Vijay Shanmuganathan is a consultant ophthalmic surgeon working both in the NHS and private sectors. He currently works in Kingston Hospital NHS Foundation Trust where among his many roles, he runs an Eye Casualty. He has worked in many hospitals all over the UK and also has had experience of working in university academia.

His longstanding interest in the work of Kaleidoscope comes from his father, who for many years served as the lead clinician at Kaleidoscope and helped set up the service in Wales. 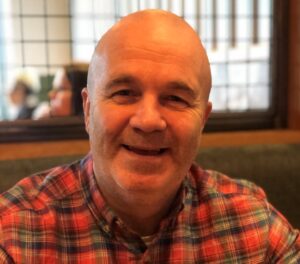 Mark is a Company Director, MBA graduate and Chartered Marketer.

Mark is a Fellow of the Chartered Management Institute and also holds a CMI Level 7 Certificate in Strategic Management and Leadership.

Mark has worked in the field of harm reduction for 20 years including over 14 years working as a Door Supervisor in the South Wales night time economy.  His experience of the ‘club-drug scene’ and bodybuilding scene informs his wealth of knowledge on related IPED and substance use trends.

Mark is also a member of the National Needle Exchange Forum (NNEF) Planning Group and has special interests in Image and Performance Enhancing Drugs (IPEDs) and harm reduction within the homeless community. 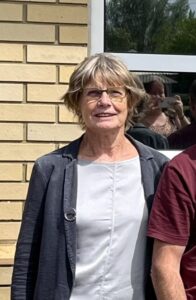 Frances has long history of working in the voluntary sector, including Senior Probation work. She is now retired and continues to give her time to support and guide others.

Frances has a strong value base around equality relating to women, for example advocating for women to have their voice heard. She believes that having a diverse set of people in any given situation is important, and this is why she wanted to join the Board as a female, and also stay for so long on the Board.

Frances says that she feels that it can be very hard for some women to get their voices heard and her passion is around ensuring this happens.

Frances has been a Quaker for 40 years and she feels strongly about people ‘acting properly’ and doing things that are ‘best for everyone’. 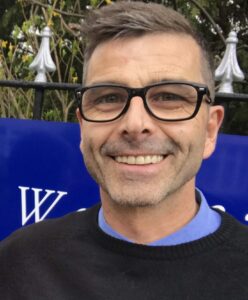 George Charlton is a Drug War Veteran with over 20 years of direct Lived Experience of addiction. His journey has seen him incarcerated within the prison system, detained under the mental health act, stigmatised, and vilified as a result of his drug use and having his own life saved with Naloxone.

George works across the UK as an independent trainer and consultant advising statutory, third sector and charitable organisations on the importance of building needs led services which are designed for demand and place people who use drugs front and centre at the heart of everything.

George received prestigious accolade of UK Skills National Training Award Winner for his continued commitment over many years to working with individuals and their families who are disenfranchised by addictions and wider social issues across the UK.