Living on the Jagged Edge, why the Criminal Justice System is a crime against Wales 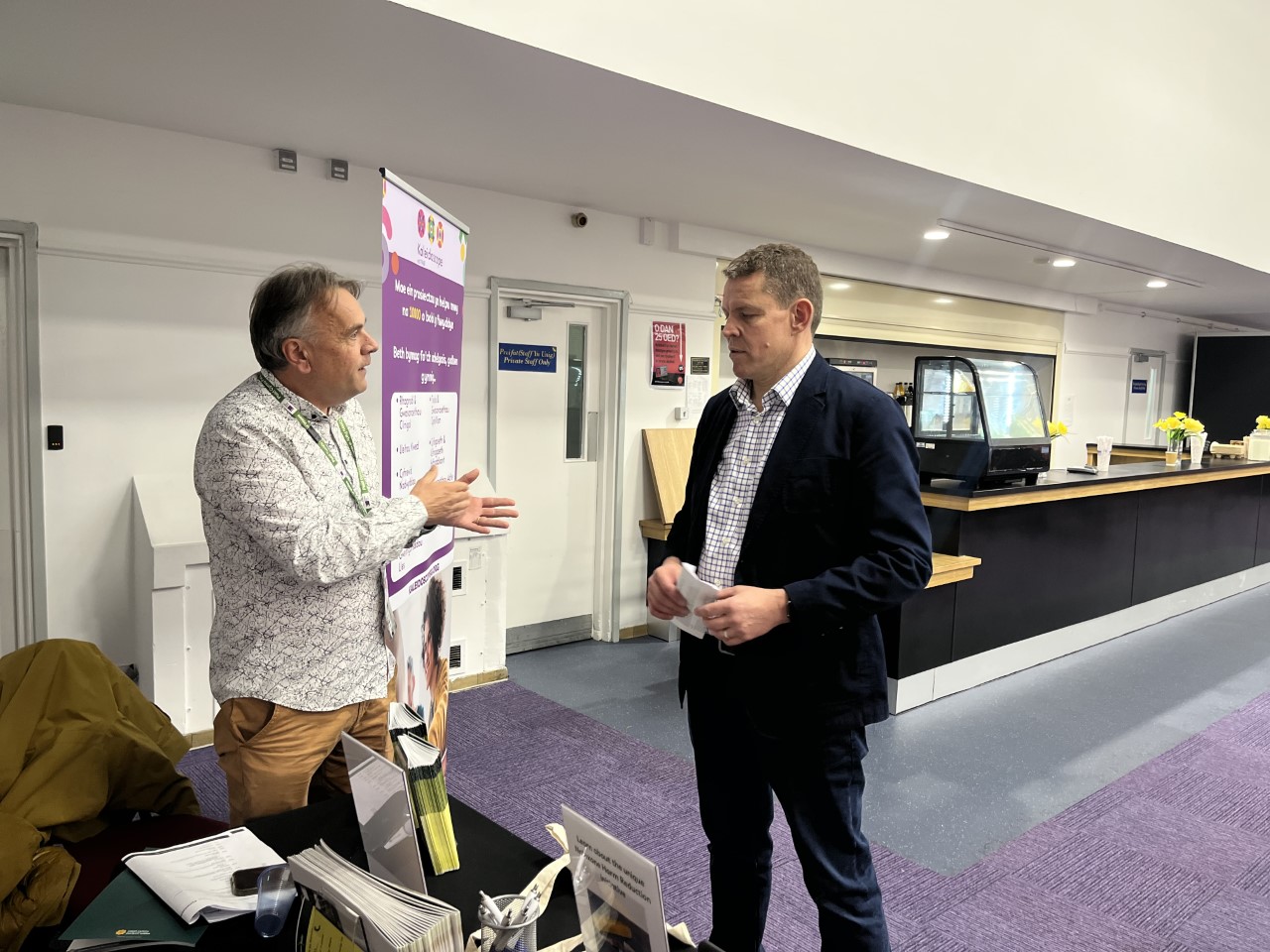 Wales, as other countries in the United Kingdom, lives in the shadow of increasing drug deaths. Each Home Nation may have its different approach to the crisis, but it seems that there is no simple solution to this awful outcome.

It is my view that in Wales there is much more we could do but in many ways we are caught on the jagged edge where UK (English-focussed) rules come up against the devolved powers that Wales has. The great injustice in the UK is how policy failures are doubled down on whilst fresh evidence-based solutions continue to be ignored.

Politicians across the political spectrum in Wales are united in saying that we need to have a health-based approach to the problem. However they are thwarted by their colleagues in the UK Parliament. The Labour and Conservative Leadership in Westminster seem to care more about showing they are tough on people who use drugs rather than introduce polices that will save the lives of a very vulnerable population. The most recent ‘from Harm to Hope’ policy from the UK Home Office focusses predominantly on curtailing the civil liberties of drug users. Critically, it  completely fails to embrace the new hope offered by enhanced harm reduction techniques deployed successfully around the globe in recent years.

Drug Use disproportionately kills people in deprived communities, imprisons higher numbers of black people despite the fact their drug use is lower than those who are identified as white. It is also a stigmatising policy for a population of users who suffer from serious mental health issues and adverse childhood experiences.  The cruelty of such politicians is staggering but they clearly put what they see is political advantage over the needs of the most fragile and needy.

The number of deaths in Wales sadly continues to rise. Welsh drug deaths up by almost half  – Drink and Drugs News. Whilst the Welsh Government have failed to ensure rapid access prescribing as a guarantee in Wales and there is no excuse for Swansea continuing to be the capital for drug deaths in Wales, they have supported some really positive initiatives. These include such as the Peer2Peer Naloxone overdose reversal campaign and have supported Kaleidoscope and other agencies to roll out Buvidal Opioid Substitute Therapy.

Despite the continuing focus on an evidence based, health-centric stigma-reducing approach by the Welsh Government, it seems doomed to ultimate failure because substance use falls on the jagged edge of devolved powers. 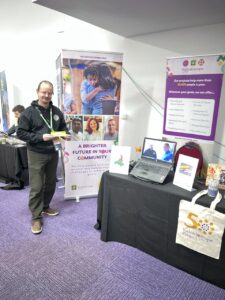 Kaleidoscope, as well as been a charity that provides treatment, also believes deeply in campaigning for the people we support who have drug, alcohol and mental health issues. We talk about drugs to a range of politicians in the hope we can bring about real and lasting change.  As someone who has to work with both the Welsh Government and the Home Office I have seen first hand the problem in policy when it comes to people in the Criminal Justice System which many of the people we seek to help are caught in.

Dr Robert Jones and Prof Richard Wyn Jones in ‘The Welsh Criminal Justice System, On the Jagged Edge’ set out why the current system is not working. They note Welsh Government’s attempts to shoulder its various criminal justice related responsibilities in ways that are not consistent with the values that it seeks to embody. The Welsh approach is evidence based but the punishment-based policies from the Home Office have frustrated Welsh efforts. The housing of prisoners on release is an example of this.  The Welsh Government saw this as a priority need given the amount of prisoners ending on the street at the point of release. They prioritised this in their housing strategy and it was effective and even recognised as good practice. The problem however was the service was not supported by the UK Government and in effect it became too expensive to deliver. Thus Wales – despite the evidence – has moved back in line with the English policy. The result is a return to street homelessness amongst this group. Short term sentencing, once more a UK policy, has particularly caused real problems for the prison population and disrupts a person’s housing.  From having a reliable place to stay before they are imprisoned, they are left in a precarious position when leaving prison. The fact the Prison system is not working for Wales is shown by the chaotic placement of prisoners revealed in data of 2019 that shows Welsh Prisoners are scattered around 105 prisons despite Wales having more capacity than the entire Welsh prison population. This makes support for prisoners from Welsh based service providers almost impossible and also breaks the links prisoners have with their families and loved ones which impacts on their release. Prisoners at point of release are a key vulnerable community when it comes to death from drugs and alcohol but the Westminster policy we work with acts against their best health interests.

The problem in Wales is made worse by a lack of proper scrutiny. This is because the Welsh Government has no direct powers in relation to the Criminal Justice system and the UK Parliament has only certain powers that restrict a whole system approach to those engaged in the criminal justice system.

A final key area explored in this book is the failure to introduce drug consumption rooms. This is clearly a health intervention but the UK are preventing the Welsh or Scottish administrations from introducing this measure as they claim the Misuse of Drugs Act of 1971 would deem such action as a criminal justice issue. This is a matter where the Welsh Government needs to act in the interests of its vulnerable people and clearly assert this as a health issue. By doing so they would provide agencies such as Kaleidoscope the right to undertake this work, and it will save lives as a result. This may cause a constitutional crisis but when the evidence is so clear then a policy in which improves the welfare and health of its population must take priority.

Lord Thomas, the former Lord Chief Justice of England and Wales in relation to Robert Jones and Richard Wyn Jones book says “with its in-depth research, it shows why the system is failing Wales, and reinforces the compelling need for fundamental change” Liz Saville Roberts MP notes “It is impossible to read without being convinced by the data that the underperforming Welsh criminal justice system is dysfunctional, poorly scrutinised and inhuman, trapped in a constitutional limbo of conflicting powers and responsibilities between Westminster and Cardiff.

I will close by highlighting how the absurdity of the current situation is exemplified by the fact that my staff can provide needle and syringes to people who are homeless (to reduce infections from blood borne viruses) knowing therefore they will be injecting in public places, yet we cannot do so in the controlled, private, supervised environment of a Drug Consumption Room. It is ridiculous that we should shove homeless substance users back on the street risking their own health through overdose, and risking public health through the resulting drug-litter left in our public spaces. Indeed I can provide a needle and a syringe on the basis of it being a health issue but despite increasing deaths cannot support crack users by giving clean crack pipes.

The Welsh Government can continue to acquiesce to the UK Parliament on this health versus criminal justice issue but surely that has to be wrong if by doing so their inaction is causing the death of its citizens? 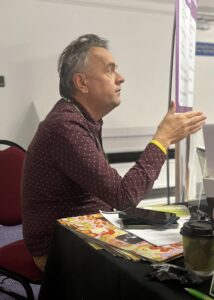